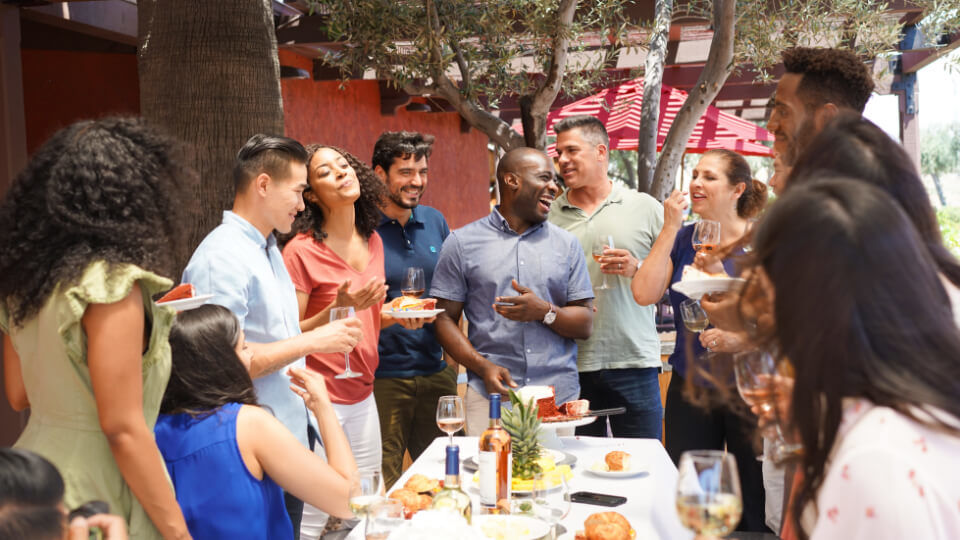 The Riboli family of San Antonio Winery has had lots to celebrate this year as it marks its 100th year as Los Angeles’ original urban winery! The family’s first centennial celebration comes with other first-time events. Three members of the Riboli Family got to try their hands at throwing the first pitch at local major league baseball games. First up we saw fourth generation Chris Riboli, director of business development, took to the plate July 23rd at the Angels game. The next day fourth generation Dante Colombatti, marketing director, took to the Padres field July 24th throwing the first pitch in San Diego. And September 28th, San Antonio Winery’s vice president, third generation Steve Riboli, threw the first pitch at the Dodger game. We certainly had a ball watching these first pitches and now we’ve got our eyes set on our fast approaching 100-year celebration!

Coming around third base and pulling into home plate is the festive anniversary party set for Saturday October 14 from 3-7 pm. The excitement is building as we’ll be celebrating on the very grounds that this historic winery was built on back in 1917. This Harvest Festival is going to be nothing short of a homerun with gourmet food trucks, live music performances and of course, our favorite, wine! There will also be an Oktoberfest-style beer garden for those who prefer beer. And we’ll also be welcoming city and state leaders, as well as local media, who will be participating in a traditional grape stomp for charity.

There will be a couple of surprises as well, so get your tickets soon at https://www.eventbrite.com/e/san-antonio-winery-100th-anniversary-celebration-tickets-37223361075opens in a new window.

LOOKING FORWARD TO CELEBRATING OUR CENTENNIAL WITH ALL OF OUR FANS, CHEERS!